When you know…you know…

She was supposed to be my forever.

Instead, I became her worst enemy.

I fell for the one girl I could never have…
And it destroyed us both.
I did a bad, bad thing.
But she isn’t exactly innocent either.
When I’m faced with the ultimate choice – Let her die or save her – I grab her and run.
She calls me a monster. The devil himself.
No one will take her from me.
She’s mine to punish.
Mine to keep… forever.

This is a STANDALONE DARK ROMANCE novel with an enemies-to-lovers second-chance twist from New York Times & USA Today Bestselling author of Caged.

This book contains disturbing content that may be offensive to some readers. Complete at 90000 words. NO Cliffhanger.

Oh my lord… It’s been so long since I’ve read a book from this lady that I was nervous about it.
Her latest book shook me up in a way that it left a brand there… My soul was open and the need to read another book was overwhelming…
Clarissa Wild is the author I’m talking about. Her writing is super raw and intense that will make you scream with pleasure or run for your life… Just see for yourself.
Branded is her latest release and tells the stories of Dixie and Brandon.
Brandon had a normal life. He worked as a security guard in his uncle’s casino. Being Native American he was bullied alot. After arguing with his dad to know why they left the reserve and sticking up to the girl he loved he got out from home and then years had passed. One day at his job and…
Dixie had the perfect life growing up. OK she had a few problems with her dad because she wanted to do stuff like men used to do. She just wanted to create and not doing some boring stuff in the farm. But one day everything changed and now she seeks revenge.
And then they run into each other.. This could be the beginning of a relationship but they already knew each other. When they were kids they used to be all day together until one day they didn’t and life kept running…
What? Why? How? Jesus… What was this? I’m speechless… I’m doomed…
Sweet lord, this book was darker than the night. Dayum… I’m still shaking.
Fantastic plot, very well written, super engaging and intense. Let’s not forget the drama and darkness that surrounded this story. It was madness.
This book is told in two points of views and that made all the difference. Because when you’re reading one point of view you will automatically ask what is the other character is thinking. A brilliant combination of you ask me.
There were parts of the book that I wanted to slap someone and made them see the light. But there were others that I wanted to hold then and promise that better days would come.
This book is surrounded by darkness, crime, drama, violence, abuse as well as love second chances, hope and forgiveness.
I knew that this author would make me scream and oh boy… She really did. And girls… Hot stuff alert…
Oh Clarissa what just happened? I knew the book would be intense but it was of charts… And I want more. Pretty please…
I voluntarily reviewed an Advance Reader Copy of this book. 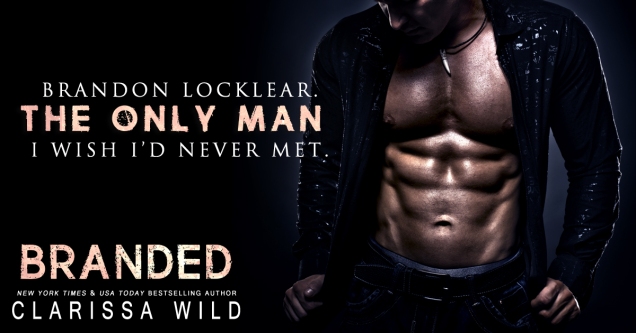 Suddenly, something touches my shoulder, and I freak out.

I shriek, but my voice is blocked by a hand covering my mouth.

Adrenaline fills my veins, panic bubbling to the surface. I try to spin on my chair, but can’t, because someone’s holding me down firmly. Strong arms with a scent that reminds me of … soot.

He leans back and I immediately stand up and turn to face him. “Brandon! Jesus.”

“Sorry. Didn’t wanna scare you,” he says, a little too loud.

I close my eyes and let out a sigh. “God, could you’ve been anymore creepy?”

I narrow my eyes, but my body remains rigid. Tense. It’s like my brain has already decided for me that I can’t trust him. At least, not after what happened at the bonfire. “What are you doing here?” I whisper, still upset that he jumped on me like that. And even though he says I shouldn’t be scared, my skin still prickles where he touched me.

“I just wanted to see you, that’s all,” he says with a way too cocky voice.

“I don’t want my dad to hear us. He’s in there with my brothers.”

“Duh. You shouldn’t be here,” I say, leaning back, as if I instinctively know not to let him get close. I don’t know why, but … it feels different. Like I’m playing with fire and I don’t wanna get burned.

When he tries to caress my cheek, I turn my face slightly. He pauses. “Are you … afraid of me?”

Maybe. I don’t know the answer. I feel like I should. What he did was wrong. Horrible.

But I know why he did it.

After all those years of Derek tormenting Brandon, he was bound to explode. But I never expected it to be this uncontrollable, this explosive. This … dangerous.

The half-smile that forms on his face has my heart skipping a beat. Fuck. I shouldn’t. I really shouldn’t. Not when he’s like this … so volatile and aggressive … and sexy.

“I can’t answer that for you,” he says after a while. He places his hands on the workbench, trapping me inside. “I don’t want you to be, though.”

“That’s easy for you to say …” I whisper, looking down at my feet. Jesus. Why am I such a pussy when it comes to him? I should speak up, for fuck’s sake. Stop being a fucking whimpering virgin who can’t handle a little touchy feely.

I nod softly, as if he just asked me whether or not I believe him. I’m not even sure I do. I just know I want to, for my sake … and for his.

“But … what happened at the bonfire …” I mutter.

I don’t know how to begin my sentence or how to end it. Just like I don’t know where we began and where we should end.

Why do I feel this way around him?

Why is it that when a guy loses control, I want him even more?

Am I that obsessed with bad boys? Jesus, help me.

Add to your TBR: https://bit.ly/2TiwKVJ 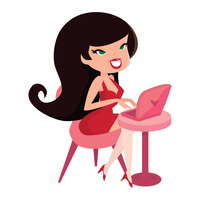 Clarissa Wild is a New York Times & USA Today Bestselling author of Dark Romance and Contemporary Romance novels. She is an avid reader and writer of swoony stories about dangerous men and feisty women. Her other loves include her hilarious husband, her two crazy but cute dogs, and her ninja cat that sometimes thinks he’s a dog too. In her free time she enjoys watching all sorts of movies, playing video games, reading tons of books, and cooking her favorite meals.Want to get an email when my next book is released? Sign up here to receive 4 FREE short stories:
http://eepurl.com/FdY71