A mafia princess doesn’t belong with a lowly soldier.

At least, that is what Arlo thinks.

He’s used to women only wanting steamy one-night stands and nothing more. Not until, to his surprise, he’s pursued by none other than the mafia princess herself.

Layla makes it her mission in life to tease and flirt with Arlo endlessly. It’s been a cat and mouse game ever since they met.

But if she only knew the truth. If she knew all the things he has done for her family, it would both amaze and horrify her.

With Arlo, however, it’s all or nothing, so when a bombing from the Russian mob occurs and a possible threat from inside the family looms, he steps up to keep Layla safe.

With everything unraveling around her, Layla quickly realizes chasing Arlo and more importantly, keeping him might be the only thing that saves her life…

OMG… I’ve been waiting for this book for a while now and I was super excited when it appeared on my kindle.
If you could see me, I looked like a kid at a candy shop…
Everyone knows that one of my favorite genres is Mafia.
I’ve read a lot of them and I can’t get enough.
Ginger Ring has this freaking awesome series that you guys can’t miss.
Her writing is hard, raw, forbidden, dangerous, and super hot at the same time.
Just give her a chance and see for yourself.
Chasing Arlo is her latest release and it’s the fifth book from the Genoa Mafia series.
A series that I advise you to start from the beginning.
Just saying.
This new book explores the lives of Arlo and Layla.
Arlo worked his entire life for the mafia. His life is surrounded by crime and danger and he wouldn’t change a thing.
When the beautiful Layla appears in his life…
Layla is a mafia princess that is used to have all that she wants. And she wants Arlo but can she have him?
Perfect like I knew it would be, well written and super intense.
There were parts of the book that I wanted to slap someone hard… Let’s talk about some stubborn people… Jeez…
It was impossible to stop reading it, that’s why I ended it at 4 am… I simply lost track of time.
It was one crazy and intense chapter after the other.
One minute things were one way and the next it all changed.
Betrayal, loss, crime, torture, and punishment are very present in this book as well as love, family bonds, loyalty, and hotness.
Hell yeah. We are presented with some hot stuff as well.
It was magnificent to have news from the characters from the previous books.
I loved to read more about them.
The worst part is that it’s over. I wanted more.
Why Ginger? Why is it over?
Are you thinking of writing more about this series?
About Alexandre perhaps?
I voluntarily reviewed an Advance Reader Copy of this book. 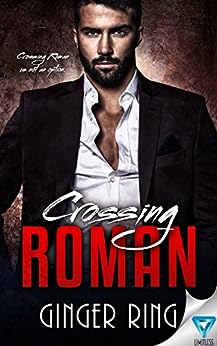 Add to your TBR: http://bit.ly/2GgosaN 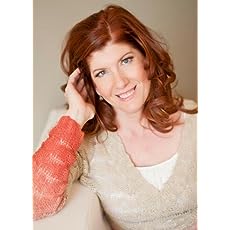 Ginger Ring is an eclectic, hat-loving Midwestern girl with a weakness for cheese, dark chocolate, and the Green Bay Packers.  She loves reading, playing with her cats, watching great movies, and has a quirky sense of humor. Publishing a book has been a lifelong dream of hers and she is excited to share her romantic stories with you. Her heroines are classy, sassy and in search of love and adventure. When Ginger isn’t tracking down old gangster haunts or stopping at historical landmarks, you can find her on the backwaters of the Mississippi River fishing with her husband.